Giuliano Sommerhalder was 19 years old when he played in Claudio Abbado’s Orchestra Mozart in Bologna, and a year later, Lorin Maazel chose him as the solo trumpeter for his Orquestra de la Comunitat Valenciana in Valencia
During 2006-2011 he was assigned to the same position at the Gewandhaus orchestra Leipzig under Riccardo Chailly, before he became principal trumpet of the Koninklijk Concertgebouworkest Amsterdam under Mariss Jansons.
Giuliano Sommerhalder is the 6th generation of a German-Russian musical dynasty, on the maternal side, was born in 1985 in Zurich and grew up in Ticino and in Italy. He studied with Pierluigi Salvi in Como and with Max Sommerhalder in Detmold. Important suggestions he owes to Maurice André, Eric Aubier, Stephen Burns, Pierre Thibaud, Hans Gansch and James Thompson. 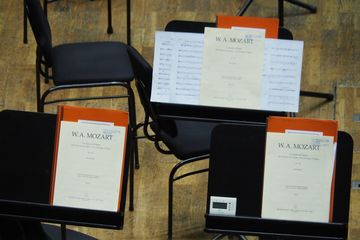