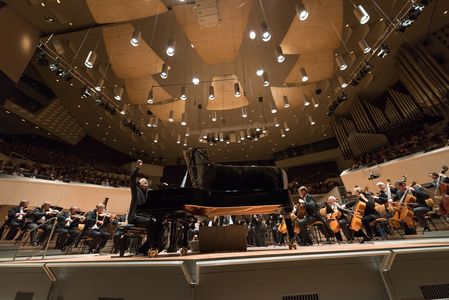 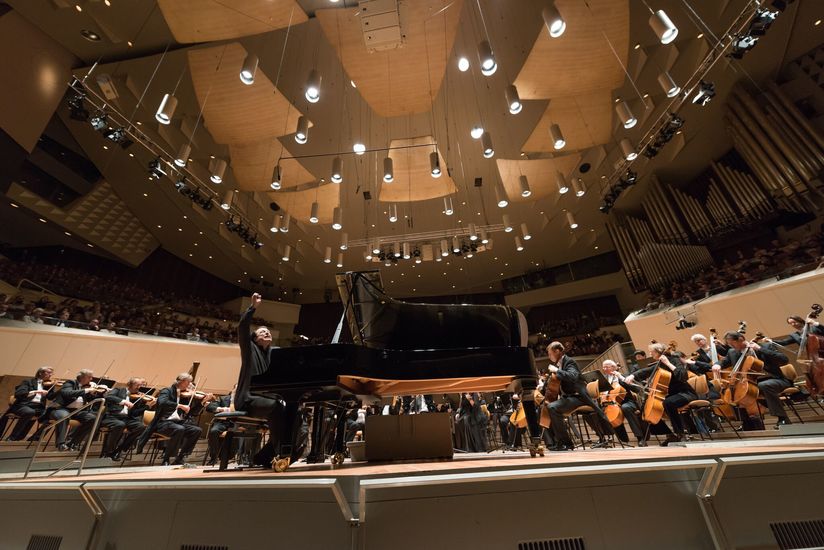 When, on the evening of 7 December 2003, the stage of the Chamber Music Hall of the Berlin Philharmonic was illuminated, saw a new band lineup, the stage lights
Since then, 17 years have passed. While the culture in German speaking countries struggled to stay relevant, being marked by countless discussions about the rich orchestral landscape, the Philharmonic Chamber Orchestra has surprisingly taken over the best concert halls in Germany . Without the public sector manages the PKB for many years on the big stages in Germany; a true masterpiece.

A music critic wrote recently about the PKB. Play it now «a prominent role in the polyphonic concert of the German capital. A tumultuous because of the diversity of the repertoire, aural plasticity, technical conciseness and always thrilling interpretations by the audience, the orchestra has played in the leadership of the Berlin sound body and has become a solid artistic value that can not both from Berlin and from the national music parquet is indispensable
The first modern chamber orchestra created now in the 1920s in connection with a counter-movement to the sprawling masses of sound of late romantic music, and the corresponding huge orchestras. «Less» was suddenly more.
Today, the «less» is also a recipe for success of Michael Zukernik, the founder and musical director of the ensemble. Under his leadership, classical music sounds fresh and contemporary, and is still its claim. Straight through the small cast can the PKB great symphonies sound. 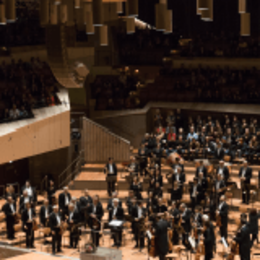 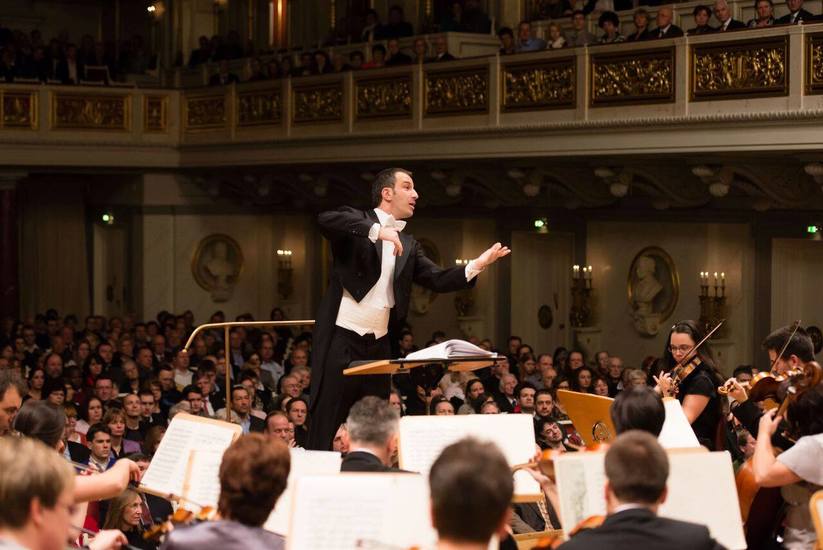 The first modern chamber orchestra created now in the 1920
Since its inception, the PKB leads great concerts at many venues, such as the chamber music hall of the Philharmonie Berlin, Konzerthaus Berlin, the Gewandhaus in Leipzig, in the bell Bremen, in the French Frederick Church of Berlin, in the Beethoven Hall, Bonn, the Robert-Schumann-Saal and in Dusseldorf on.
A great emphasis is placed on working with professional artists such as Guy Braunstein, first concertmaster of the Berlin Philharmonic, and Michael Barenboim, and cooperation with the State Opera Unter den Linden, and recognized orchestras. Finally, the Schedules are especially selected for Advent and Christmas. 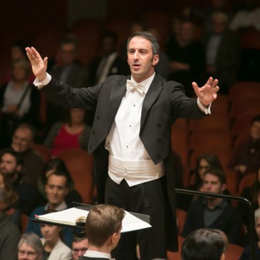 The conductor Michael Zukernik founded in 2002, the Philharmonic Chamber Orchestra Berlin. The ensemble has found his home in the Konzerthaus Berlin, and in the famous Gewandhaus in Leipzig. A concert season includes, for example, more than 30 performances at various venues, such as the Berlin Philharmonic, the Berlin Cathedral, the Beethoven Hall in Bonn and the Laeiszhalle in Hamburg.
At the age of 19 years was Michael Zukernik, as a trained drummer, the youngest member of the Israel Symphony Orchestra Rishon Le Zion. Otherwise, he appeared as solo timpanist with ensembles such as the Spanish Orquestra Sinfónica de Barcelona y Nacional de Cataluna, and the Auckland Philharmonia in New Zealand.
Conducting with Jorma Panula be led him to Finland, Sweden, Germany, Russia and Croatia. In addition, Michael Zukernik participated in master classes with Pierre Boulez, Sir Colin Davis and Leif Seger Tram, as well as Janosh Prince, Kenneth Kiesler, Eri Klas, Gustav Meier, Colin Metters, Otto Werner Mueller, Vladimir Ponkin, Rolf Reuter and Gennady Rozhdestvensky part. A comprehensive study conducting, he graduated from the University of the Arts in Berlin, and the Vienna University of Music and Performing Arts and at the Academy of Music «Carl Maria von Weber» in Dresden. 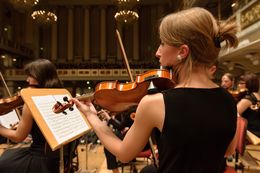 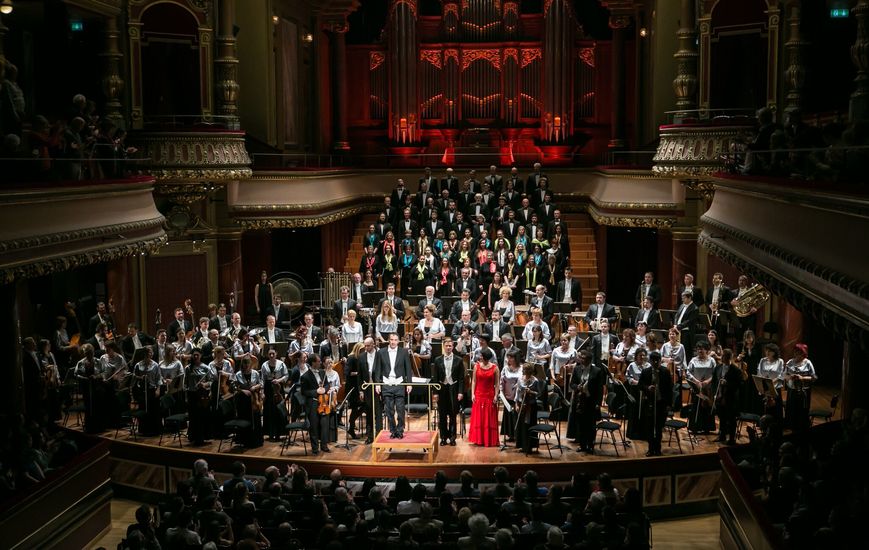 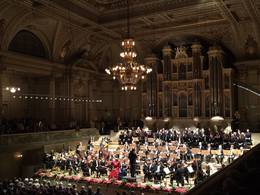 As a guest conductor he has received invitations from the Manukau City Symphony Orchestra in New Zealand, and the Macao Orchestra in China. He was also in the season 2011/2012 first guest conductor of the State Academic Philharmonic Orchestra in Samara, Russia.
Last season 2013/2014 Michael Zukernik collaborated with Andrei Gavrilov in particular, where he appeared with this pianist, for example, in the Kodaly Centre in Hungary, at the Konzerthaus Berlin and at the Tonhalle Zurich. For this purpose, works by Tchaikovsky, Strauss and Mozart were played. The career led the conductor during this season, otherwise the Elbe Philharmonic Hall in Hamburg, in the Victoria Hall in Geneva and in the Berliner Philharmonie.
Currently Zukernik Michael lives with his wife and two children in Zurich. He speaks fluent Russian, German, English, French, Hebrew and Spanish. In his spare time, he plays golf and does yoga. 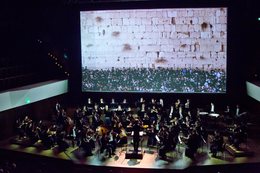 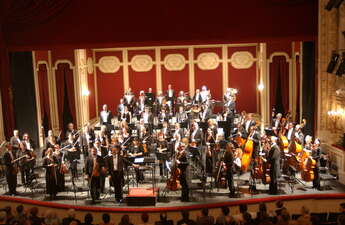 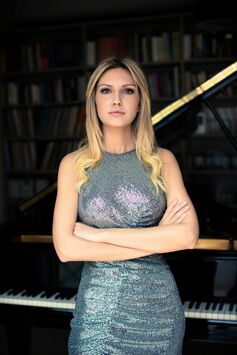 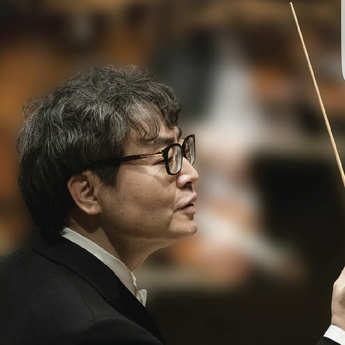